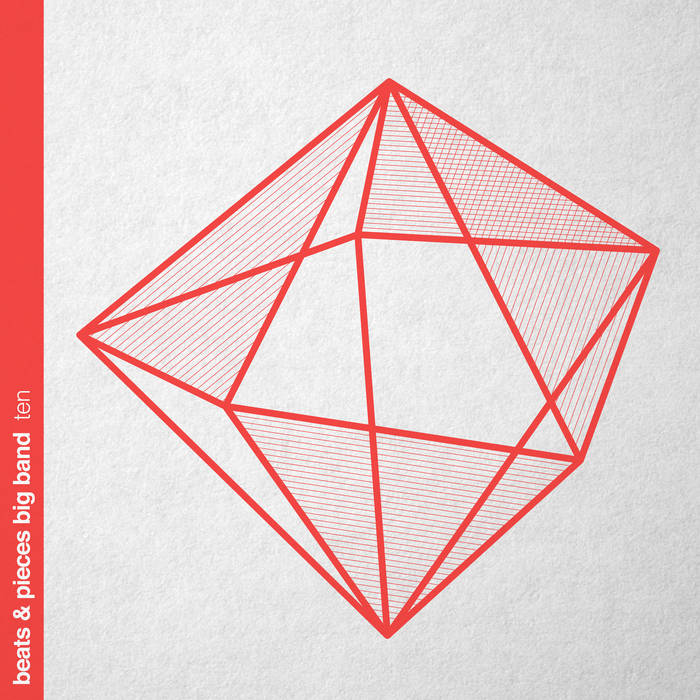 maaspr Addicted to this sound!

Robert Middleton For my money, this is the best jazz album of 2019. Beats & Pieces understands what excitement means in music. There are no boring moments on this album. It's fun, lively and wonderful with virtuoso-level playing, great arrangements, and punchy sound. Favorite track: broken.

On 27 January 2008 I asked thirteen friends and fellow students to a rehearsal room at Manchester's Royal Northern College of Music to play through some tunes I'd written for big band. From that session, Beats & Pieces Big Band emerged. Exactly ten years on from that first meeting, we invited an audience of friends, family and key supporters to the same RNCM rehearsal space for a special anniversary gig, documented here. On behalf of all the Beats & Pieces musicians past and present, thanks for a fun first ten years; we hope there'll be many more to come.

artwork and design by Alexander Rennie

recorded and filmed live in Studio One, Royal Northern College of Music, Manchester on 27 January 2018